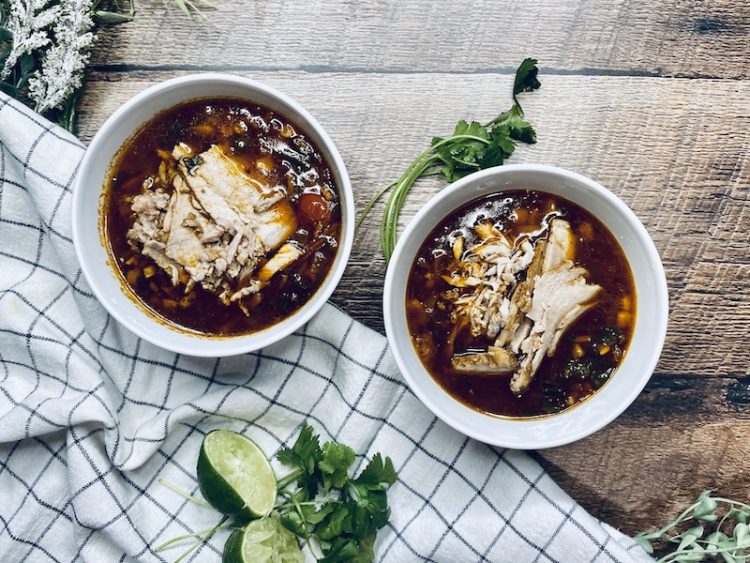 This isn’t your local Tex-mex taco soup, this is our Braised Spanish Pork Soup. I came up with this dish when I was craving a hearty soup but with big Mexican flavors. It is winter time and there’s nothing better than cooking a big bowl of cozy soup to have for left overs. This soup is definitely one of my favorites, but be warned to people with acid re-flux (such as myself) you might want to take a pill before or after eating.

The difference between Spanish flavors and Mexican flavors is that Spanish flavors are more complex and less spicy. This Braised Spanish Pork Soup recipe has very complex flavors. Your taste buds are not overloaded with lime or cilantro, it’s all blended perfectly. The marinade on the pork is one of my favorite marinades. When you make this, you will have people wandering into your kitchen peeking into the dutch oven asking “What’s for dinner?”. The smell will overwhelm the house with such a delicious aroma.

This marinade came to me after starting to read “Salt Fat Acid Heat” by Samin Nosrat. I wanted to build a very complex marinade with hints of Spanish (or Mexican) flavors to be able to put on anything. Honestly, I believe this is something that could be put on anything from fish to steak. I would also recommend possibly doing a pork butt with this marinade and will probably do that sometime this winter. Maybe I’ll even use that in the Chef Show Cubans instead of the mojo pork.

If you want to make this Braised Spanish Pork Soup last even longer, you can pair it with white or brown rice. It would easily feed a family of 4 with plenty of left overs. I could also imagine putting in some ramen noodles and a soft boiled egg. This would make for a delicious ramen (our ramen example here). Welp, those are some ideas for how versatile this soup can be.

As always, we hope you enjoy this Braised Spanish Pork Soup and from our kitchen to yours, cheers!

Make sure to try these next 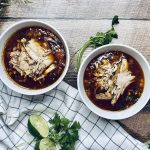 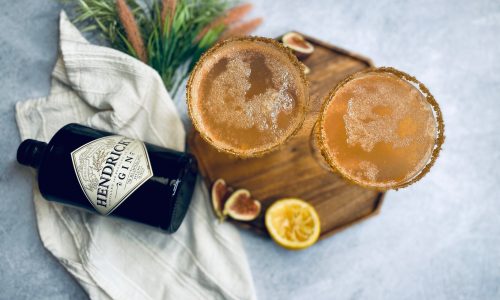 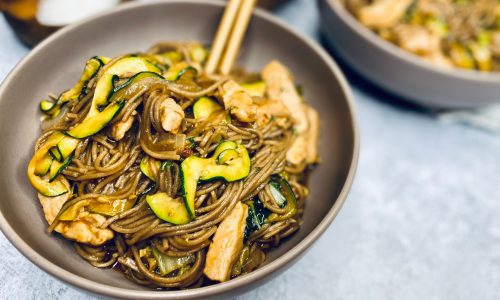 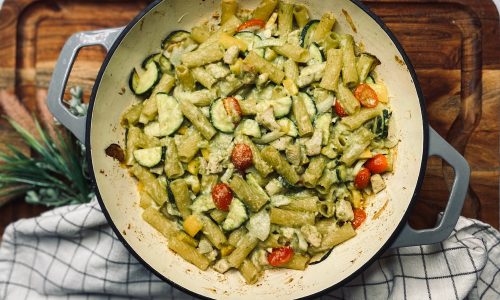