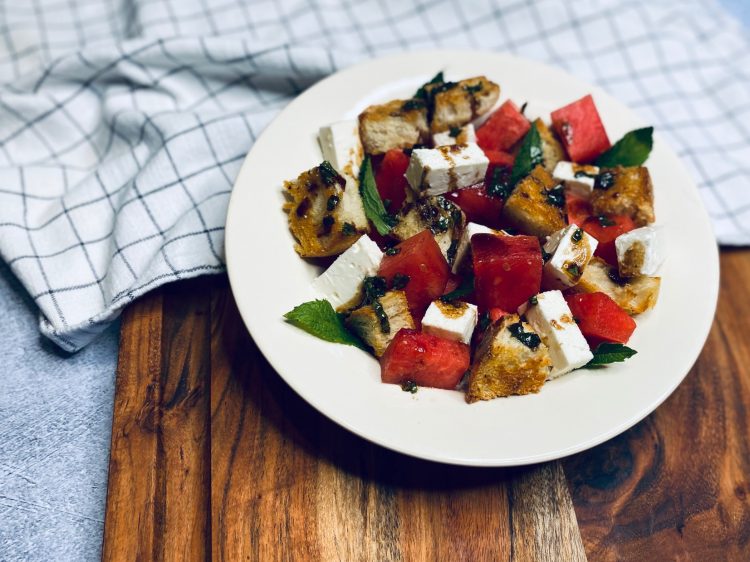 What is the best combination in the world you ask, salty and sweet. That is exactly what our Watermelon Feta Panzanella is, the perfect salty, sweet dish! No matter how hot it gets I always want and crave all the same things, spicy, salty, and for sure cheesy foods. But I don’t want the heat that comes with that many times. Instead, I want the opposite. Summer calls for refreshing and cool foods to let off some steam, literally, and relax. 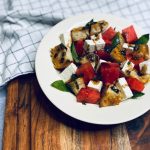 Traditional panzanella is made up of crusty bread, onions, and tomatoes. Since you can’t beat the original, I wanted to try something fresher in this summer heat. Watermelon is the epitome of the perfect summertime food so that was a must to include. After that, I was looking to add something that would balance out that fresh burst of sweetness. First, my thoughts went to red onion, and sure, that would have been amazing, but I thought it might be too tart. Feta was the winner after quite a few taste tests.

Because this Watermelon Feta Panzanella is meant to be more of a salad that can sit out for a bit at a party if needed, I decided to make a dressing instead of just adding some balsamic glaze to the top. It makes for a much lighter flavor but, if you are missing some of the vinaigrette ingredients that definitely just add a little bit of glaze to the top before serving.

Can I use another type of cheese?

Yes, yes, yes, and yes. Feta is perfect for this Watermelon Feta Panzanella because it holds firm and also has a salty taste. Another winner we tried was goat cheese. While the firmness wasn’t there, the creamy taste really paired well with the mint and watermelon. Halloumi is also a wonderful choice. Honestly, halloumi would have been my choice but I was out voted for feta. Halloumi is the perfect salty flavor for this but it’s typically a more expensive cheese and has a different texture. Halloumi is more of a rubbery cheese and not as soft as feta. 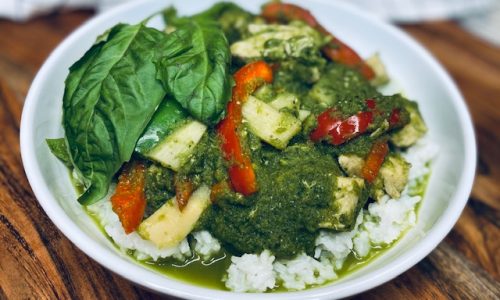 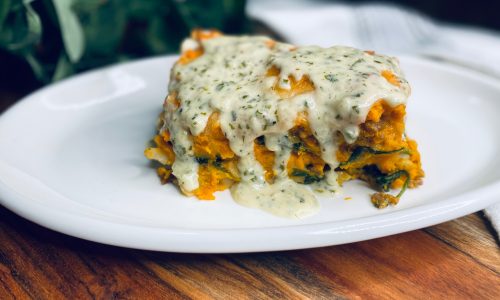 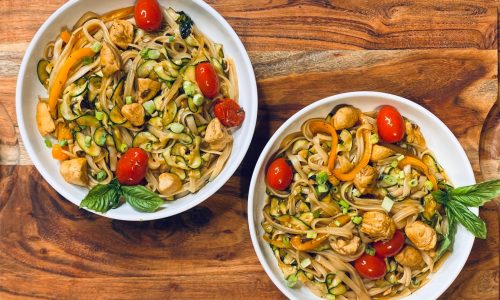